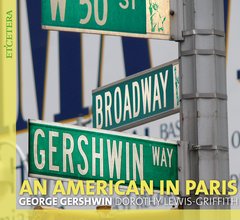 An American in Paris

Ms. Lewis-Griffith was introduced to Gershwin’s music at age twelve through a priceless gift. It seems that a gentleman in her home town of High Point, North Carolina, in planning a move to New York City, did not wish to be encumbered by his huge collection of 78 RPM classical phonograph records. Acquainted with the child’s musical ability, he offered them to her through her father, himself an avid supporter of his young artist. Like so many creative endeavors, this compact disc and the transcriptions it includes owe their existence not only to the artist but also to friends and supporters. These include the late Michel Arcizet of Etcetera Records, and well known Gershwin biographer, the late Edward Jablonski, both of whom urged Ms. Lewis-Griffith to record a sequel to her 1994 Gershwin CD (George Gershwin: a Piano Solo Album, KTC 1176). Mr. Jablonski, in fact, gave the artist copies of npublished manuscripts to three Gershwin preludes (tracks 2-4) with the expectation that they would be included. The manuscript to Novelette in Fourths was incomplete; however, Gershwin extended the piece in one of his piano rolls recordings. In 1994, Ms. Lewis-Griffith extracted the sixteen measure extension aurally from that recording, and she has included it in her rendition on this CD. (Since 1994, the piece has been published in its complete form.) Ms. Lewis-Griffith performs Melody No. 17 and Sleepless Night exactly as they were written in those manuscripts. They are actually variants of one another; Gershwin’s close friend, Kay Swift, rearranged Melody No. 17 and called it Sleepless Night. The artist plays the two pieces without a break as one work. 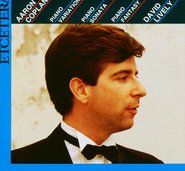 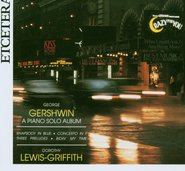 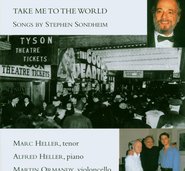 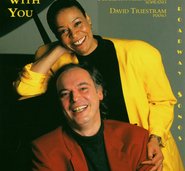