With the short, brightly-coloured but powerful Dahomenian rhapsody of 1894, August de Boeck earned himself a leading place among Belgian composers of the first half of the 19th century. More then forty years later, he wrote his tranquil Nocturne. His career, stretching between these two masterpieces, produced opera’s such as The Rhine Dwarfs, chamber music, songs and his highly personal and extremely lyrical concerto for violin which was premiered after his death, in 1965. Like many of his Belgian contemporaries, De Boeck was a full-blooded romantic, who composed in a supple, vocally oriented stile and with rich, colourful instrumentation. At the same time he was full of spontaneity and humour. It makes him a unique figure in Belgian music history. Ning Kam won First Prize of the Folkestone Menuhin International Violin Competition in 1991 and won second Prize at the prestigious Queen Elisabeth International Competition of Belgium in 2001. Hailed by the press as “manifestly the best violinist of the competition”, she also received the price of the listeners of Klara, the Flemish public classical music station. Ning Kam has appeared with numerous orchestras across the world and has worked with conductors such as Yehudi Menuhin, Lorin Maazel, Leif Segerstam and Alun Francis. The Flemish Radio Orchestra was founded in 1935 as a studio ensemble under the aegis of the public radio network; today it is a modern and flexible symphony orchestra that remembers its past with pride but nevertheless has its sights resolutely fixed upon the future. Marc Soustrot is an established name among international conductors; he has made a steady career as principal conductor and artistic director. He is also a much sought-after guest conductor and his renowned colleagues Mariss Jansons, Gerd Albrecht, Neeme Järvi and Valery Gergiev invited him to conduct their orchestras. Soustrot feels just as much at home with contemporary repertory as with the great classical masters. He has a feeling for tradition and at the same time seeks adventure. 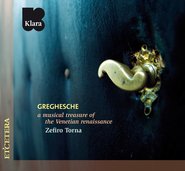 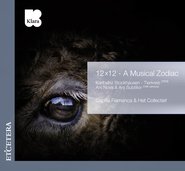