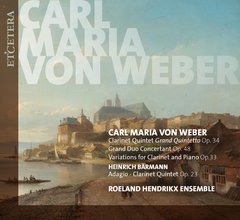 Works for clarinet
A major part of Weber’s instrumental music was created for situations in which he himself was required either to organise a concert or to perform in one. Not only did he write piano concertos for his own use but, having surrounded himself with excellent musicians, he also then composed chamber works for various instruments. The most striking music to be created out of these circumstances was composed for the clarinetist Heinrich Bärmann, with whom Weber had often toured.
Weber reworked the principal theme of Silvana (1808-1810), his first successful opera, in his Variations for clarinet and piano op. 33 (1811). The original theme is dressed up with melodic ornamentation, a faster tempo, expressive turns of dynamics and cadenzas, providing Bärmann and his superb technique and articulation with enough material in which to shine. Weber attached great importance to the development of the melody as well as to dancelike dotted rhythms; these are particularly prevalent in the first two variations, the fourth, and the fifth. Weber acknowledges the enormous range of the clarinet in the third variation; the slower tempo intensifies the splendid sound and colour of the instrument. The sixth variation provides a thoroughgoing exploration of the clarinet’s lowest register, whilst the chordal piano accompaniment creates an almost threatening atmosphere. The seventh and final variation returns to the instrument’s earlier optimistic mood and concludes with a warm, drawn-out and perfect cadenza. Weber’s Gran Duo Concertant, op. 48 (1818-16) in three movements is also a relaxed and melodic work, whose aim is clearly to emphasise the multifaceted talents of both musicians and to charm the audience.

Roeland Hendrikx
Roeland Hendrikx is one of the leading clarinetists in Belgium.  As well as being a clarinet soloist in the Belgian National Orchestra he is passionate about chamber music. He opts for the pure, spontaneous sound of the clarinet and wants to bring emotion and imagination to his rendition without adding any artistry or unnecessary intellect to the score. He strives for technical perfection in his performances; his flawless technique however is always at service of the music without dominating it.
In 2015 Roeland Hendrikx set up his own chamber music ensemble, which focuses on the rich repertoire for clarinet, piano and strings. At most there are six musicians on stage, but there are also programs offering trios, quartets or quintets. 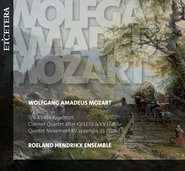 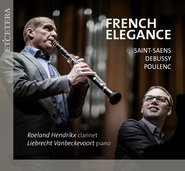 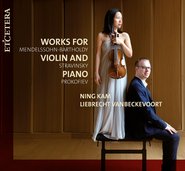