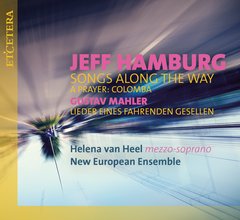 Songs Along the Way

The New European Ensemble was founded in 2009 in the Netherlands by dedicated and passionate musicians from across Europe. The ensemble has built a reputation for imaginative programming as well as ‘fantastic’ (NRC) and ‘excellent performances’ (de Volkskrant) and has been called one of the ‘Netherland’s leading ensembles’ (Nieuwe Noten). The ensemble’s mission is to present contemporary music and 20th century classics in exciting ways, this is why the group often combines music with film, literature, theatre, dance and visual art. Famed composers like Mark Anthony Turnage, José María Sánchez-Verdú, Anna Thorvaldsdóttir, Guo Wenjing, Carlo Boccadoro, Martijn Padding and Klas Torstensson have written works for the ensemble.

The group performed in nearly all of The Netherlands’ major concert halls and theaters among them the Concertgebouw, Carré Theater and Muziekgebouw aan ’t IJ in Amsterdam, De Doelen in Rotterdam, Tivoli Vredenburg and The Royal Theatre in The Hague. The ensemble performs regularly at festivals such as Gaudeamus Muziekweek, Festival Vlaanderen, November Music, Shanghai New Music Week, Beijing Contemporary Music Festival and Svensk Musikvår. International tours brought the group to the UK, Germany, Belgium, Sweden, Finland, Italy, Lebanon, China and Hong Kong.

Mysticism in the broadest sense of the word has fascinated Jeff Hamburg his entire life. Many of his compositions are about the mysterious underpinnings of creation and existence as well as the sense of connection between man and nature. It is therefore no surprise that Hamburg has also made a serious study of hypnosis and trance, becoming a certified hypnotherapist along the way. His more recent compositions reflect this journey, being either meditative or exploring electronic trance-invoking music. jeffhamburg.com 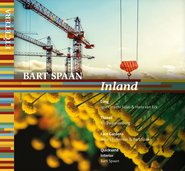 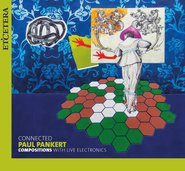