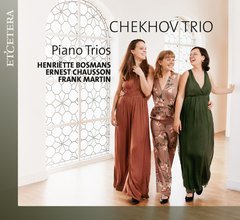 Chekhov Trio
Treating chamber music as theatre has been at the core of the Dutch-Belgian based Chekhov Trio’s approach since its very beginning. The ensemble came together in 2016 out of a love for the endless exploration of characters and roles music can take, and to this day Dutch violinist Emma Rhebergen, American cellist Anna Litvinenko and Belgian pianist Fem Devos retain that as their modus operandi. These years the Chekhov Trio has made itself known throughout Belgium and The Netherlands, performing on many of the area’s fine stages, appearing on the Dutch national radio, and also gaining recognition in international competitions. The trio won the second prize in the 2018 International Music Competition Triomphe de l’Art in Brussels, and also became a finalist in the 2019 Ysay?e International Music Competition in Lie?ge. In 2021, the Orlando Festival selected the Chekhov Trio for an exciting concert tour at celebrated venues such as the Concertgebouw Amsterdam and Bozar Brussels among others.

The Chekhov Trio is by all means a modern ensemble, but its curiosity and sensitivity towards historically informed practice gives their sound another dimension. Working extensively with their mentors Henk Guittart, Shuann Chai, Shunske Sato, Sigiswald Kuijken and the Osiris Trio has greatly contributed to their style of playing. This approach also influenced the trio’s decision to record this CD using the straight strung Chris Maene Chamber Music Concert Grand, a modern piano whose sound is inspired by the 19th-century ideal: a sound that matches the spirit of the program! 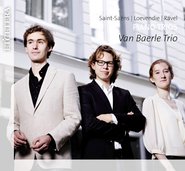 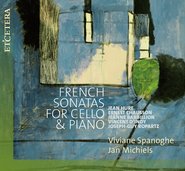 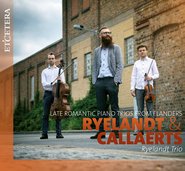